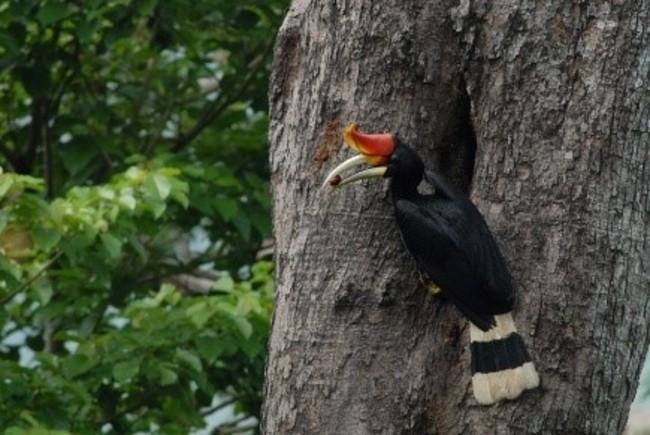 At Budo-Su-ngai Padi National Park which is the forest having area in 3 southern-border provinces: Pattani, Yala and Narathiwat, the area is 200,000 Rai and it is a jungle covering all mountains with large and rare plants, wildlife and many kinds of bird are endanger including “hornbill”, which plays an important role in balancing ecosystem of the tropical jungle, and spreading plant seeds. In the past, most societies did not have much knowledge about importance of hornbill, and the villagers around the forest were unaware of this, hunting hornbill for sale to people who purchased them in high price. Later, professor emeritus Pilai Poonsawat, scientist and conservationist, conducted a research study about ornithology and ecology of wildlife in Budo Forest and she published situations of hornbill along with knowledge from long-term studying. Finally, people perceived relationship of hornbill and Budo Mountain leading to social movement for protection and conservation of hornbill and nature. 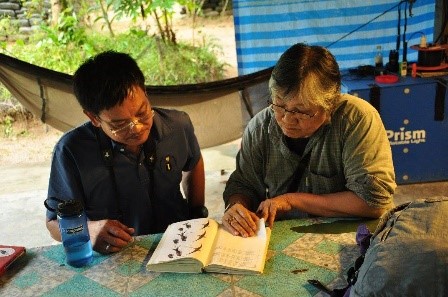 Dr. Pilai Poonsawat conducted research continuously for 20 years. Throughout this period, Preeda Thiansongrasamee, her nephew and co-researcher in studying ecosystem of hornbill from 1992, learned about the world of hornbill by following “Aunt Pilai” to work in different place. Until 1994, the hornbill ecological study program was reported that hornbills were traded around Budo-Su-ngai Padi Mountain, and thus they surveyed the area and built up understanding with the villagers to conserve and maintain the forest. This was the beginning of working with the community in area of Budo-Su-ngai Padi Mountain. Preeda has been a hornbill researcher in the 3 southern-border provinces from that day until now. 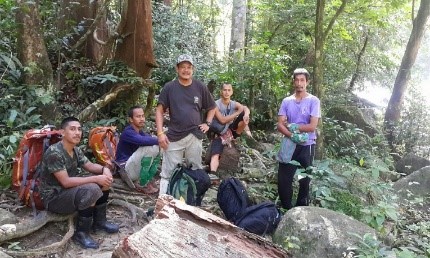 Being an outsider in a Muslim community in southern-border province since the unrest which has been prolonged, Preeda put his full effort in gaining trust from villagers who caught a hornbill for sale to turn to be a conservationist. He spent budget subsidized for research as a wage to motivate villagers to participate in the research. While working, he gradually educated and implanted faith to villagers to embrace the beauty of life and forest. He started to understand the villagers and could gather villagers with different age to take care of Budo Mountain by using hornbill as a bridge. So, the team of researcher assistants was originated including 35 persons from 7 villages of Yala, Pattani and Narathiwat. 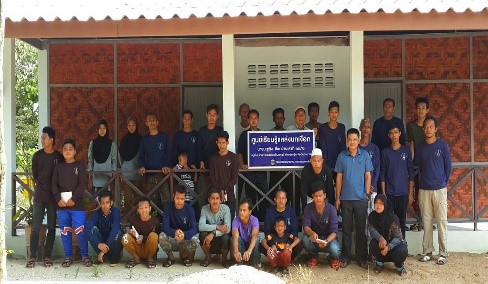 Furthermore, Preeda built a group of junior research assistants by designing learning activities, theoretical and practical, such as behavioral observation, nest repair, exhibition, and being a mentor in doing activities in youth camps, trekking to study nature, and observing behavior of hornbill. These activities were organized 10-15 times/ year, and with his devotion in working in local area of Preeda in past 25 years, 600 baby hornbills were born, and that Preeda Tiansongrasamee, was granted Green Globe Award in individual type in 2018-2019.

From Hunter to Conservationist 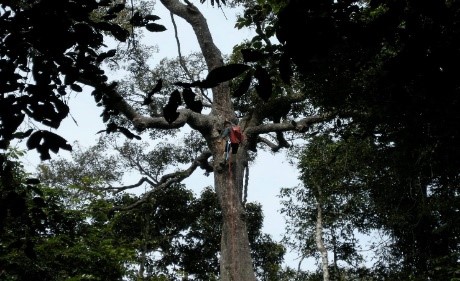 The researcher team of the hornbill ecology study program has a plan to monitor and follow up status of nesting of hornbills in local areas. The villagers who were hunters helped them a lot because they knew how to survey nests of the hornbills and natural nests, and that density of hornbill population could be tracked. They trekked and surveyed as well as checking the condition of hornbill’s nesting, recording leave-entrance to the nests, success of nesting, and number of baby birds released to nature.

Improvement or repair of points accommodating nesting will help the hornbills to make their nests more. In surveying areas for repairing natural nest of the hornbills, they need to climb up the trees with height about 30 meters, having natural hollows is perfect for nesting of the hornbills, and this kind of tree is scarce. Therefore, to increase hornbill population, artificial nest hollows made from fiber wine barrel and wood are needed.   It is installed after nesting season of the hornbills, and in each year, the researcher team would repair natural nest hollows and install 10-20 artificial nest hollows. Income from being a researcher assistance can compensate income that the villagers received from climbing up a tree and collecting nestlings for sale with mind value. 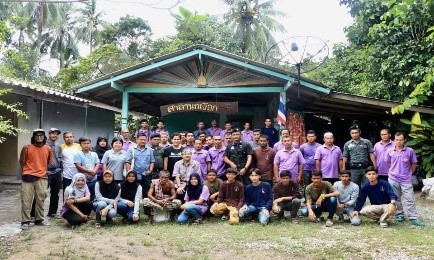 Hornbills will make a nest to raise their nestlings by closing the hollows in May, and the nestlings will come out in September. They raise their babies with an assistant or relative and that both male and females will help to support the nestlings. From this point, Preeda initiated a project “supporting hornbill family” to raise fund and give it to families of the researcher assistants who took care of and collected information of hornbills in each nest. They will send pictures and report situations of the hornbill families to sponsors regularly. If you are interested in supporting hornbill family, please contact hornbill research foundation Tel. 0 22015 532 or Facebook page:  THAILAND HORNBILL PROJECT

From hunters to conservationists, and from the small team of researcher assistants, it is expanded to be a network of community around Budo Mountain that each community has duties to monitor, take care of, and conserve hornbills in the forest near their village. Serious working and learning of hornbill conservation community network around Budo Mountain makes villagers as the group members to have experience and knowledge that they can share to students, youths and interested people to understand and realize value and importance of hornbills and forests. It is also a learning center and a model for other communities to manage conservation of local natural resources. 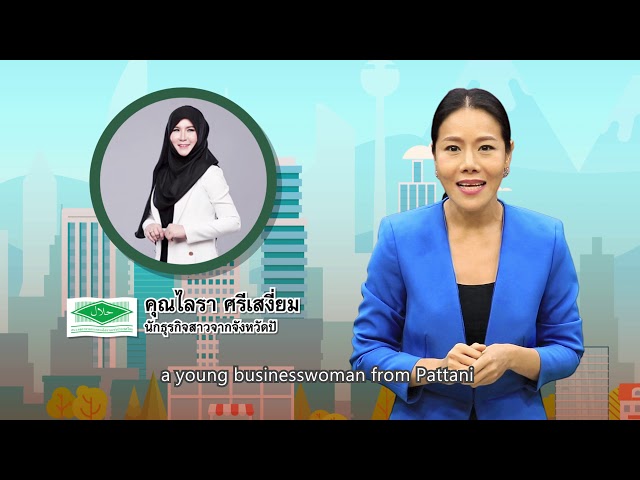 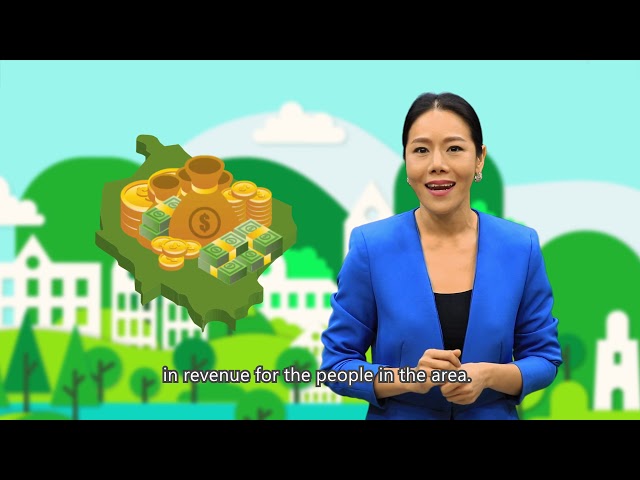 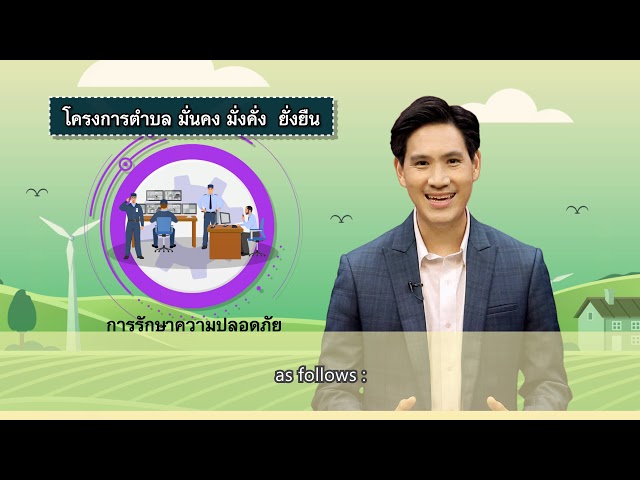 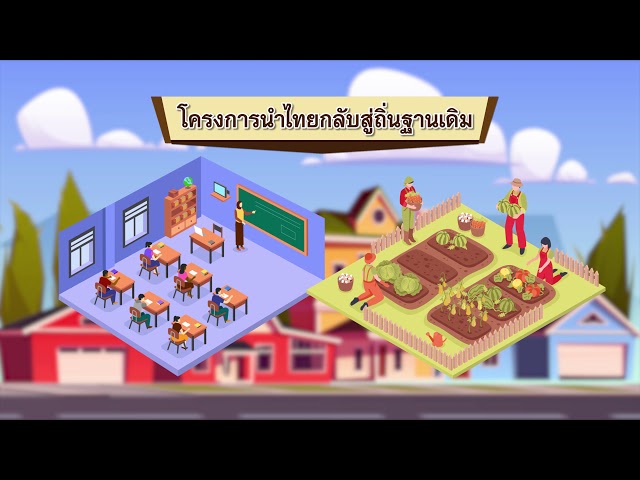