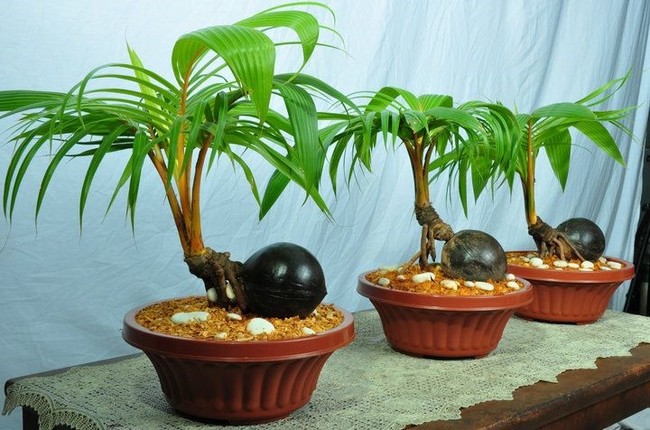 Bonsai or small plant is a kind of arts in growing plants in smaller scale. Originally being  a large tree, it can be grown in a smaller pot with trimming an decorating in shape as the growers desirem and it is popular among plant lovers. There are various kinds of plants that can be used to make Bonsai, and currently popular plant is coconut, which can be added value and used as an adorable decorative plant. A technique of growing Coconut Bonsai is originated from Indonesia with various shapes and unique features. Apart from beautoful shape and leaves, it is decorated to show coconut shell inside for distinctive look, which is attractive among beholders, and it can be distributed with good price.

Batu Buela Sufficiency Ecponomy Center in Sa-ae Sub-district, Kromg Penang District, Yaka Province was established in 2017 on the land of a person in the community. The owner has intention to make people in the community to have and extra job from the deserted land. At present, there are members from 20 families, helping to do agriculture and harvest products for consumption in the community  and distribution to earn income. Additionally, this center  is a place where villagers in teh community meat and do sufficiency economy activities with rangers from an ad hoc unit of the 4714 Ranger Forces Battalion, 47th Ranger Forces Regiment, Yala Province to promote agricultural knowledge.  These staffs educate people in the community such as mushroom cultivation that they can produce for distribution in local markets and coconut bonsai making. 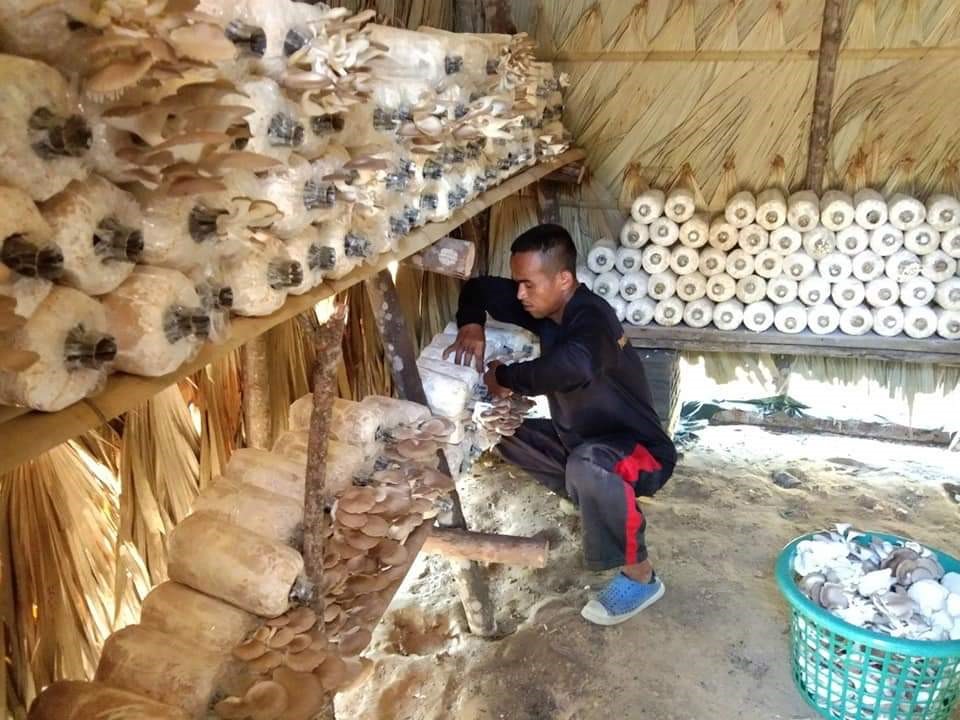 Coconut bonsai at Batu Buela  Village is originated from the idea that every house in teh community has coconut trees. Sometimes, the coconuts fall to teh ground and sprout without being used. So, the local people utilize this local material and add value to it into different products. It is another activity that many areas can adapt for development of quality of life of people in the southern-border provinces. This is also a guideline of Batu Buela Sufficiency Economy Center, Village No. 2, Sa-Ae Sub-district, Krong Penang District, Yala Province to process numerous resources like coonut as coconut bonsai to add value and create a job for people in the community.

This product is made by starting from selecting old coconuts with sprouts, short bush, and large base. Then, the coconut will be peeled off and inside has a root from the coconut. Peeling off must be done carefully so not to affect the root, which can be further grown. A knife and spoon are used to decorate or remove fibers before using a sand paper to scrub its surface, and applying it with lacquer for glossiness. Defected leaves must be removed, and it is put into a beautiful pot to add its values.

From the role of a guardian to a career promoter 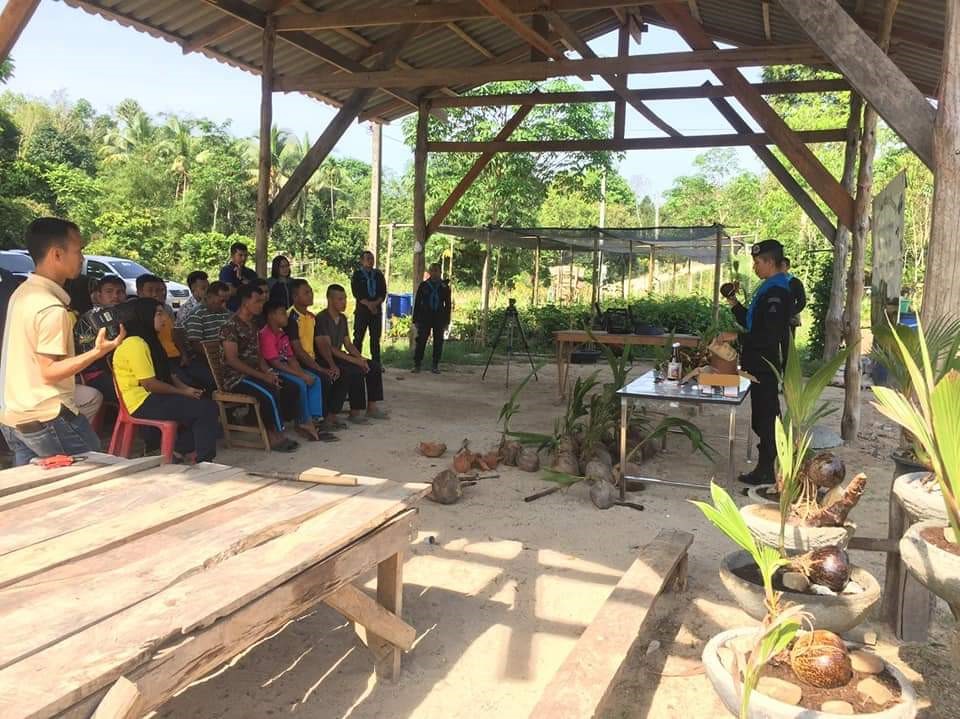 Staffs from the ad hoc unit of 4714 Ranger Forces Battalion, the 47th Ranger Forces Regiment used to provide security for people in the area and step forward to join a career promotion activity until relationship of familiarity, trust, and dependence occurs. The rangers provide a training course for villagers in Sa-Ae Sub-district until they can turn an ordinary coconut to be coconut bonsai, which gains considerable attention from the villager including teenagers and adults. They bring coconuts from their orchard to do this activity. 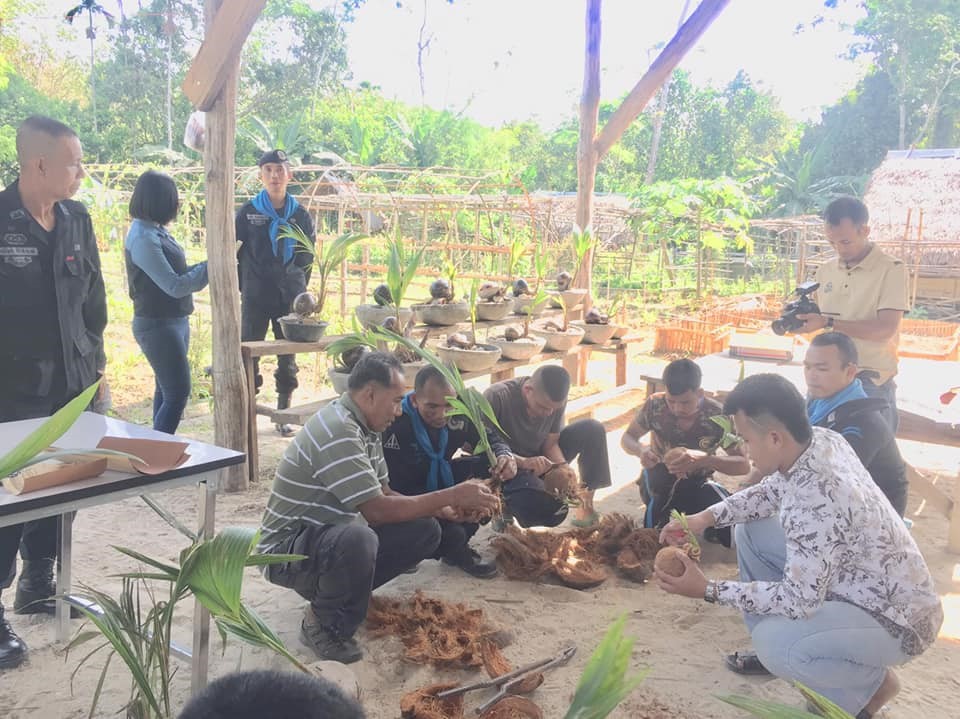 From ordinary sprouting coconuts left in the orchard, it can be distributed with higher value, and put in a shop. The starting price is 350 Baht up to thousand baht depending on beauty of each item. Furthermore, it depends on satisfaction and an agreement between the buyers and the sellers. This is another concrete aspect of harmony, power of love that the community and government officials collaborate to build it up, resulting in unity. This good activity happens in the area, and existing resources can be utilized that people can earn a living and income in another way. 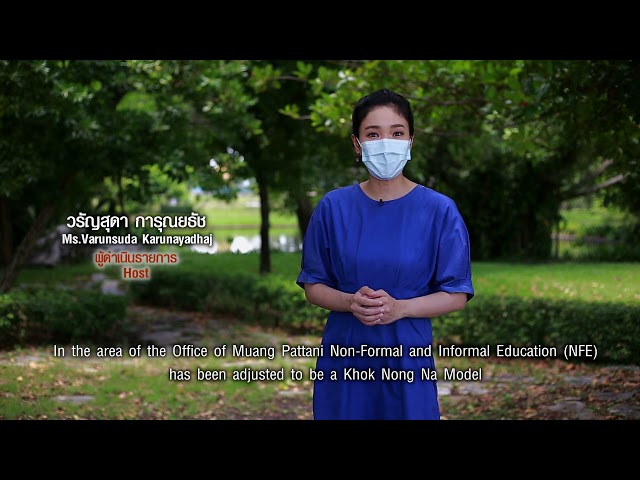 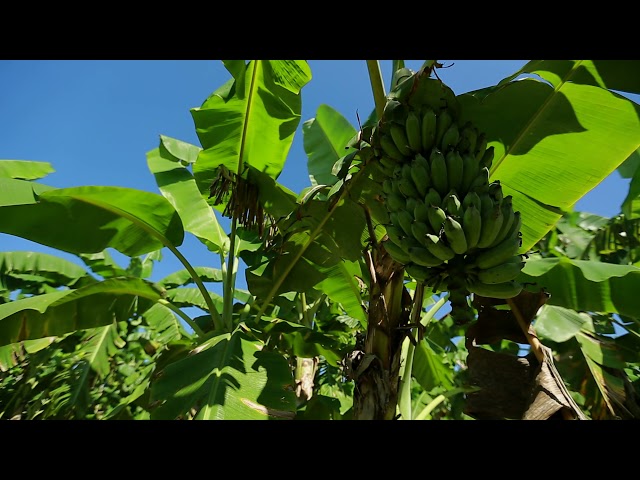 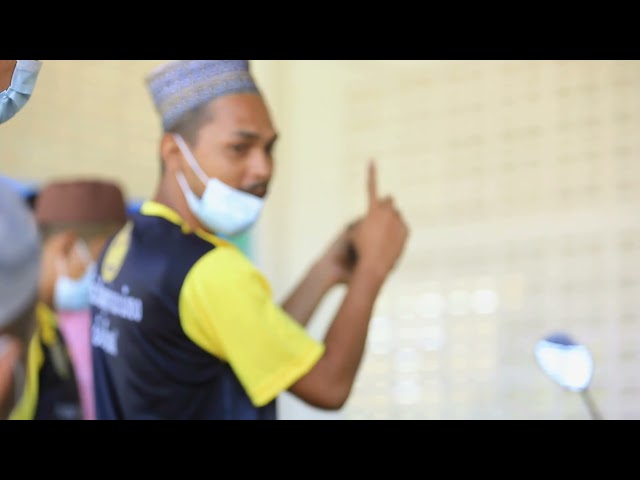 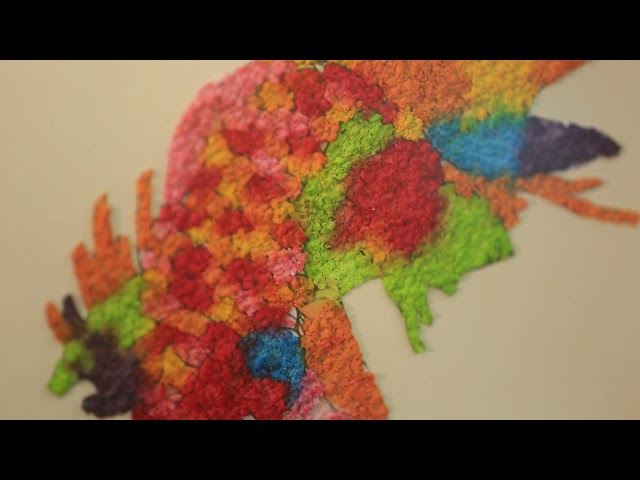